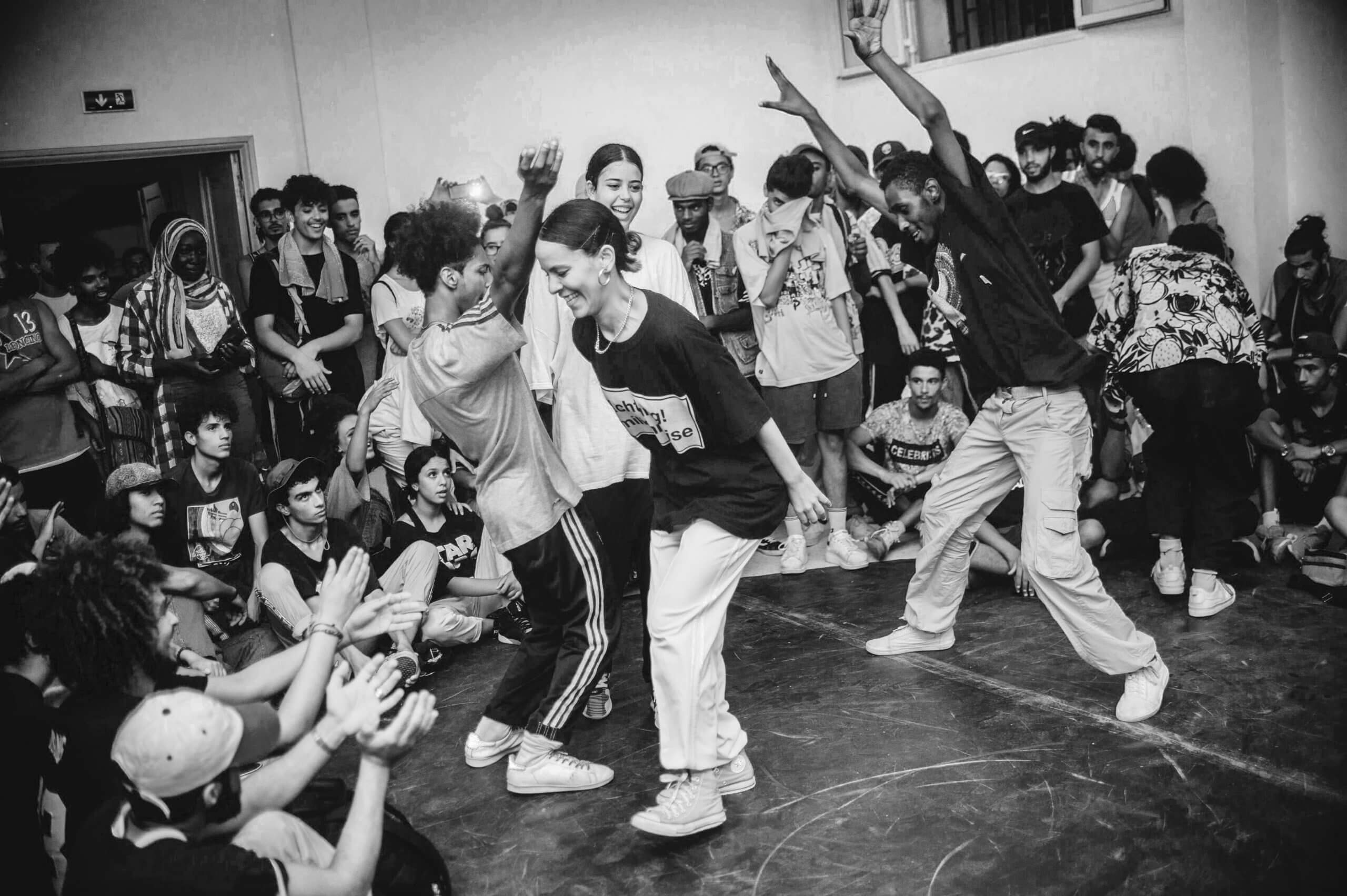 Hip-hop dance is a relatively young dance style, having only been around for five decades. Despite this, it has quickly become one of the most popular dance styles in the world. In this article, we will explore the history and development of hip-hop dance, including some interesting facts and photographs from the 1970s and 1980s. These images and some videos will help give you a sense of the old-school hip-hop atmosphere. Through its short but impactful history, hip-hop dance has made its mark on the dance world and continues to inspire people of all ages.

It is also worth noting!

Hip-hop is not just a dance, but a whole subculture, which is based on music (beatbox and rap), dancing (hip-hop dance, breakdance, popping, locking, krump), and fine arts such as graffiti. 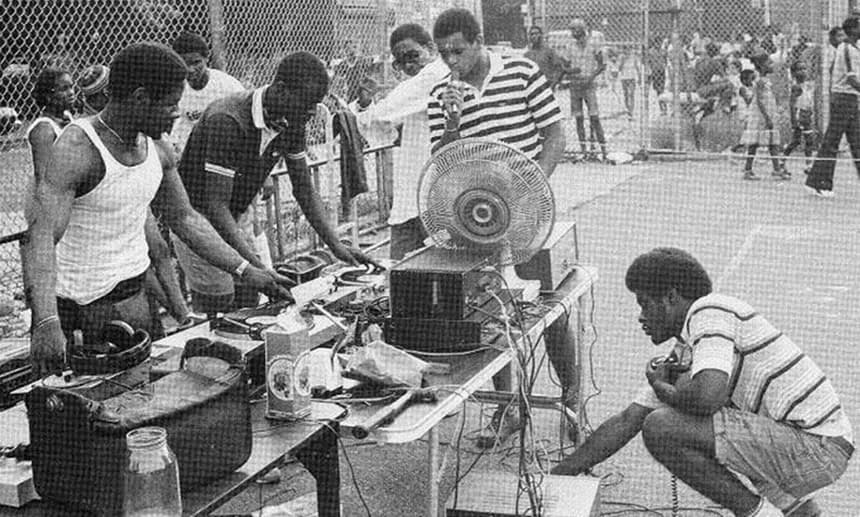 The origins of hip-hop dance can be traced back to 1967 in the South Bronx neighborhood of New York City, which was one of the poorest and most disadvantaged areas at the time. It was here that a Jamaican DJ known as Kool Herc started organizing parties and performing rap music while also playing records. As part of the parties, he would occasionally allow dancers to show off their skills by performing to the musical breaks in his music. This led to the development of the first dance movements and styles that would later be known as hip-hop dance. These early dance styles were characterized by their rhythmic patterns and energetic movements, which were often performed to the beat of hip-hop music. The term "hip-hop" had not yet been coined. It was invented a few years later in 1974 by DJ Africa Bambaataa when the culture developed and needed a common name. The word "hip" is derived from African American slang and refers to the moving parts of the body, such as the legs and arms. Besides, the word "hip" was used the meaning "acquisition of knowledge, improvement." The word "hop" means "jump". Thus, united, two words express the idea of ​​the whole hip-hop trend - moving forward, developing, and understanding modern life.

That same year, 1974, the Bambaataa established the five basics of hip-hop:

"Prescription” hip-hop culture existed covertly even before Bambaataa, but he was the one who officially voiced it in one of the interviews.

To fully grasp the history of hip-hop dance, it is important to consider the context and principles of hip-hop culture. It is a time when poor neighborhoods of New York were overflowing with drugs and crime when young people from an early age were on the path of criminal activity. Gangs and groups were organized on the streets. One of these street gangs was Black Spades, of which Bambaataa was a member before he became a popular musician. Such gangs have also become centers for the development of hip-hop culture. Their activity peaked in 1973. The decline of gang activity can be attributed to the growing popularity and success of hip-hop dance and culture. After all, it was precisely this trend that first touched upon acute social, political, and racial problems.

By the mid-1970s, there were several hundred breaker teams in the Bronx and Harlem that shared the city - each team danced at its own intersection. Teams such as the Rock Steady Crew and the New York City Breakers had what they called "ritual battles". Later on, they became very popular after one of the battles was filmed. The videos became widespread and generated a wave of imitations among teenagers.

On September 21, 1982, the term "hip-hop" was first mentioned in the media, in an article titled "Afrika Bambaataa's Hip Hop" in the magazine Village Voice.

During the 1980s and 1990s, hip-hop dance experienced rapid growth in popularity. The success was overwhelming! Also, in the 1980s, social hip-hop dance (party dance) began to develop. These dances were not created for competitive purposes or to showcase athleticism, but rather to bring people together and create a sense of unity. As a result, they spread quickly and became a popular form of dance.

More and more dancing teams were created. In 1984, the United Street Force was established. They, by the way, performed at the invitation of the White House for President Ronald Reagan.

Hip-hop dancers and breakers were invited to star in advertising campaigns for such brands as Burger King, Pepsi, Coke, Panasonic, MacDonalds and others.

As the 20th century came to a close, hip-hop continued to grow in popularity and evolve, even losing some of its original protest roots. By the start of the 21st century, hip-hop had become mainstream and fashionable. The first hip-hop dance teachers also emerged at this time, with Buddha Stretch often credited as one of the pioneers in this field. He started teaching in 1989.

Beginning of the 21st century

The beginning of the 21st century was in a way a new page in the history of Hip-Hop. In addition to movies and clips, popular TV shows about dancing appear, which further promote and spread such dancing as hip hop. Dancing hip-hop is becoming fashionable and cool, and more and more dance schools are opening, which teaches hip-hop dancing, as well as other street dance styles.

As hip-hop has become more commercialized, it has also split into two main categories: Old School and New School. Old School represents the foundation of hip-hop, encompassing the dance styles that were popular during its inception and early development. Old school is free, improvised, and relaxed but energetic.

The new school came to hip-hop culture with the beginning of the commercialization of dance. It absorbed all that is in the old school but became more technically complex. If earlier, when dancing hip-hop it was almost always freestyle, that is, improvisation, the New School is characterized by choreography. Although the audience still has the impression of an improvisational manner of performing, thanks to the relaxation and freedom of movement.

An important stage in the formation of hip-hop as a dance genre - is the emergence of international competitions, in the form of both battles and stage art. Now dance teams not only compete in battles but also perform on great stages with many spectators. Such teams as Jabbawockeez, Quick Crew, Mos Wanted Crew, and AOV become popular not only in the dance world.

Despite the great popularity of hip-hop continues to be an integral part of the urban areas of the U.S., where it came from at one time. The history of hip-hop dance is the history of struggle and victory, the desire for independence, and the love of freedom. Originated as a form of self-expression, it continues to address significant political, social, and racial issues. It requires both intellectual and emotional depth to fully grasp and excel in this dance style. Only those who truly understand and appreciate the depth of hip-hop can achieve success in it.

Hip-hop is a unique culture with its own philosophy. And it was created by people who were not afraid to confront the world. Perhaps that's the main reason why this kind of choreography is so popular. Hip-hop dance is more than just a set of movements to music. It's a dance call full of boldness and passion. A dance with a story that's worth knowing.