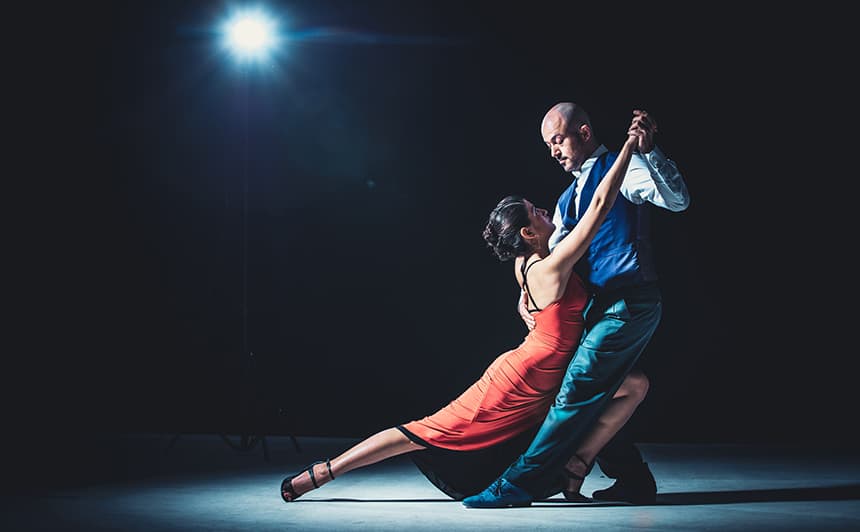 Let's dance salsa! After all, this is one of the most incendiary rhythms of Latin dances. But here's what I tell you: dancing salsa without knowing its history, it's like never in your life and not dancing real salsa. Because real salsa lurks in its roots – in the history of origin and development. Let's learn together how salsa appeared syncopated rhythms, its main steps, and hip movements, how this dance was enriched with different dance movements from other dance styles.

So, bellow you can find the timeline and facts about salsa dance origin.

History of the Term Salsa

Yes, originally in Spanish, the word "salsa" means sauce. Only in the 30s of the 20th-century salsa began to be called the musical genre and style of dance, which has its roots in African tribes. But about everything in order... There are several theories about the origins of the dance known as salsa. One of these theories states that the dance got its name in 1928 when Cuban musician Ignacio Pineiro shouted out "Echale Salsita!", which translates to "Let's add some spice!" while performing a new, energetic song. The phrase was eventually shortened to "salsa," and the dance that accompanied the music became extremely popular. During the 1970s, the term "salsa" referred to a blend of various Latin American dance styles and rhythms, including cha-cha, mambo, pachanga, guaracha, and rumba.

Although salsa is considered a Cuban dance, its history began far beyond Latin America...

So, in 1492 Christopher Columbus sailed to the shores of Cuba (he actually discovered it). The Spanish invaded the new lands and exterminated almost the entire population of Cuba. But someone had to do some hard work there. To do this, the Spaniards brought slaves from West Africa to the territory of Latin America. The supply of slaves went on for a long time, until 1886 when slavery was officially abolished. On this basis, it was the people of Africa who played a huge influence on the origin and development of salsa dance.

Around the second half of the 19th century, Cuban music, until then little different from European music, began to acquire special characteristic features. The reason for this is the influence of African culture, which was becoming stronger as the slave system on the island weakened.

That is, Afro-Cuban dance, which includes salsa dance, appeared as a result of the merger of two cultures: Spanish and African. Spanish culture brought string instruments and melody to music, while African culture (especially the Bantu, Yoruba and Karagali tribes) brought drums and other less known percussion instruments to music.

It is also worth noting!

Cuba's slave-holding system was slightly different from that of the United States at the time. In Latin America slaves were not forbidden to make music, so they often sang in church choirs and played European musical instruments. This had a huge impact on the formation of music and dance culture in the local population.

Contradanza, Danzon, Son are the forefathers of salsa dance

It is believed that the first danzon, Las alturas de Simpson, was written by the mulatto Miguel Failde in 1879. However, this is a very simplified vision of the question. Ballroom dancing styles are not created "suddenly", out of nothing. As a rule, they "grow" from older dances, evolving under the influence of many external circumstances. It was the same with the danzon dance.

The ancestor of the danzon dance was the contradanza. It took a difficult and long way in Cuba: having appeared in England, it spread to France and then was brought to Espanola (Haiti). And it was not until 1791, when a brutal slave uprising broke out in Haiti, that the mass flight of French colonists led many of them to Cuba, where they settled in the eastern part of the island. As a result, the French contradanza, similar to the minuet, took root surprisingly quickly on Cuban soil and was popular for almost the entire 19th century.

In the beginning, the rhythms of danzon did not differ much from the rhythms of the contradanza. The Danzon dance was the name of a paired dance, which gradually replaced the figure dance, ie the contradanza. At the end of 1877, composer Miguel Failde composed four danzon. This date is usually considered as the start of a period of huge spread and "acceptance" of dance danzon. The romantic of closeness of the partners, the swinging of the hips and the use of minimum space for dance gave the danzon its special feature.

Until the 1920s, danzon was the national dance of Cuba. However, by the 1930s, danzon had almost disappeared in Cuba. The rise of another dance called Son in Havana in the 1920s played a significant role in the decline of danzon.

The Son Dance developed in parallel to the contradanza, but unlike the second, the Son is purely folk dance. The contradanza was performing by orchestras; the Son was a song accompanied mainly by drums. The merit of the Son dance lies in the fact that the freedom they afforded to spontaneous folk expression helped to enrich the dancing moves.

But by the end of the 1930s, jazz and swing brought to Cuba by the Americans did their job - danzon and son, so sweet to the heart of Cubans, began to lose popularity among the islanders...

"Mambo's Father" Damaso Perez Prado was born in Matanzas in Cuba in 1916. From an early age he studied the piano. By the 1940s, thanks to his energetic manner of playing, he had become a well-known musician.

In 1948 Perez Prado left his native island and moved to Mexico, where he formed his own orchestra. Taking as a basis a rhythms of son-montuno, popular at that time in Cuba, the musician decided to bring his sound closer to the music of popular American big bands of that time. To do this, Perez Prado added trombones and saxophones to his orchestra, as well as increasing the pace of his compositions. Perez Prado, his orchestra and his new musical and dance style - mambo - quickly gained popularity in Mexico and then in the USA (one day, music producer Sonny Burke, who was on holiday in Mexico, heard Perez Prado's song and published it in America, where it became a real hit).

The popularity of mambomania in the 1950s and 60s had a significant influence on Latin American dance. It was Perez Prado who helped bring Latin American music and dance to the United States and the rest of the world. This period was crucial for the growth and development of salsa dancing, as Latin dances gained popularity not just in Cuba, but all over the world.

So where's the salsa dance?

The origin of salsa dance is not a single, isolated event, but rather the result of the merging and blending of various cultural and dance influences. The development of salsa dance can be traced back to the long history of the evolution and spread of Cuban dance styles.

Cuban movements and dances in the form of mambo, cha-cha-cha, and others have gained wide popularity in the US. The turning point in the "standardization" of salsa as a dance was two major factors: the widespread use of household video equipment and the commercialization of salsa. And here we should mention two Torres, Eddie, and Alberta.

Since childhood, Eddie Torres was fond of Latin American dance, was a regular visitor to Latin American discos in New York. Being already a famous dancer, in 1995 Eddie Torres released his first video course called Salsa Nightclub Style. The video became popular and spread throughout the USA and then around the world.

That is, the name "salsa" and the standardization of movements and techniques, Latin American dances have already received in the United States. What about the Cuban style, you ask? In Cuba, there are more Casinos and Rueda de casinos dancing than salsa dance brought from abroad.

It is not surprising that Cubans began dancing salsa almost the same way as the Son dance. Only the pace became higher, and the number of various "knots" increased. For a long time, it was not even a question of mass introduction of any standard - simply because Cubans did not need it. People did not learn salsa in dance schools, but naturally - dancing to their pleasure on holidays with friends and acquaintances. That is why the peculiarities of the dance varied from one city to another, and in Havana - and from district to district. It must be admitted, however, that thanks to Cuban television and, in particular, the popular program Para Bailar, the Cuban salsa dance style has almost taken shape.

Today salsa is a popular social dance. Salsa competitions, and salsa dancers' congresses are held all over the world, more and more schools are opened where salsa is taught.

Tell us if this article was useful for you if you learned much about salsa dance history. Perhaps you thought the salsa was a native Cuban dance, as we did before.