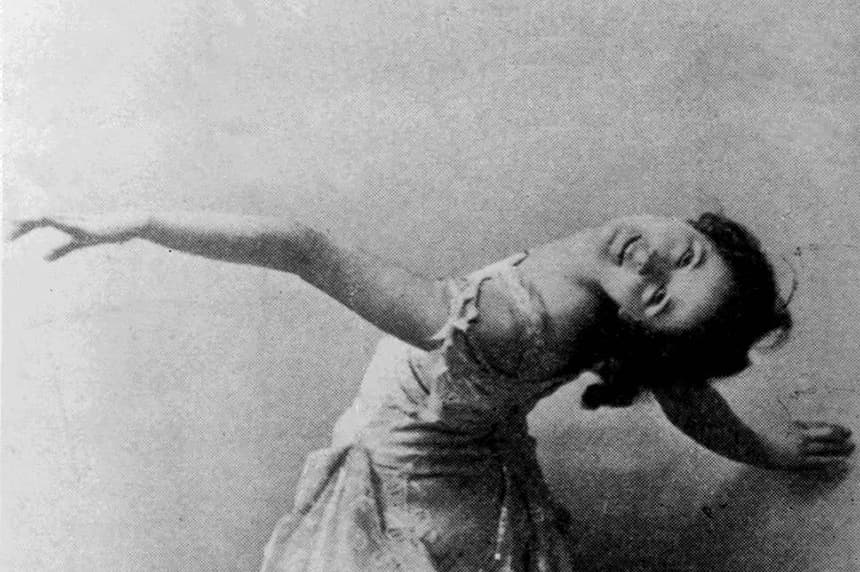 a woman whose name in the early 20th century was synonymous with dance.

“If you could explain something with words, there would be no point in dancing it.”

is an American dancer considered the founder of free dance, the forerunner of the art nouveau dance. 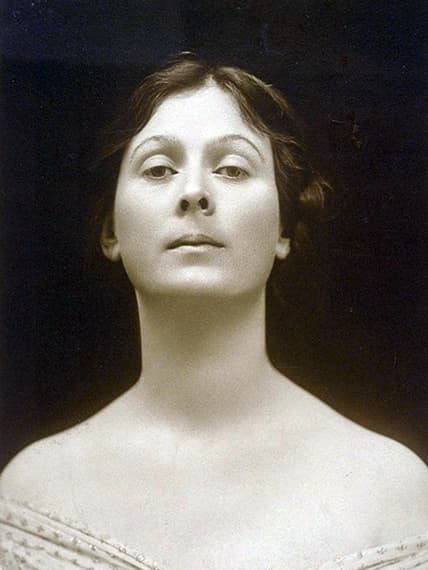 Isadora Duncan was born in San Francisco in 1877 to Joseph Duncan, a banker. Born Dora Angela was the youngest of four children in the family. Soon after Isadora was born, the head of the family went bankrupt and the family lived in extreme poverty for some time.

The father soon left the family and the mother, Mary Isadora Gray, had to work hard to support the four children. But she used to say a lot: "You can do without bread, but you can't do without art." In their house there was always music, the family read a lot, played ancient tragedies. Little Isadora started dancing already at the age of two. And at six, she opened the first "school of dance" for neighboring children: teaching them the movements that she invented herself. At the age of 12, while giving lessons, the young dancer could already earn a part-time job. A year later she left school and devoted all her time to dancing, studying music, literature, and philosophy.

From childhood, Isadora perceived dancing differently from other children - the girl "followed her fantasy and improvised, dancing as she liked". Dreams of a big scene led in 1985, Duncan in Chicago, where she unsuccessfully went to auditions in different theaters, and then in New York, wherein 1896 the girl got a job with the theater famous critic and playwright John Augustine Daly. There she took ballet lessons from ballerina Marie Bonfanti. But Duncan is known for her denial and contemptuous attitude towards ballet. Ballet, according to the dancer, was just a complex of mechanical body movements that do not convey spiritual experiences. So, disappointed in classical choreography, Isadora moved to London in 1898 and then to Paris. 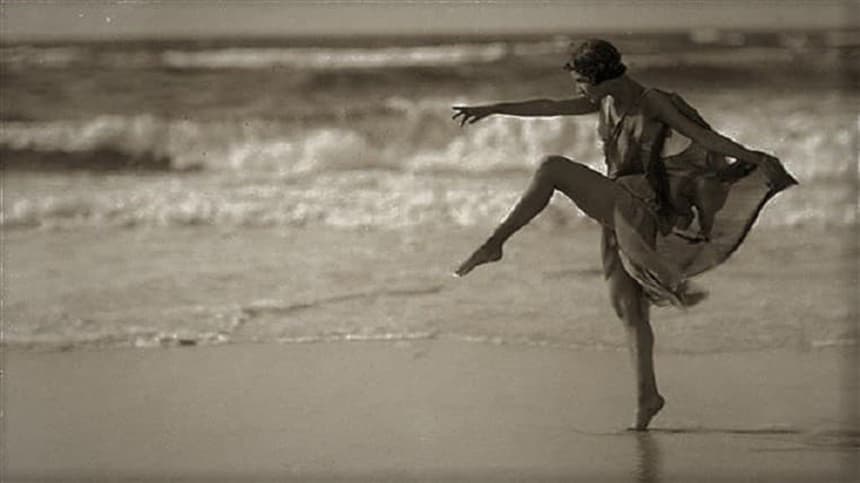 It was in Paris in 1901 there was a fateful meeting between Duncan and Lois Fuller (about which the dance film "La danseuse" was filmed and which later became the founder of the modern dance). Loi and Isadora had similar views on the dance, seeing it as a natural body movement rather than a rigid system of proven movements like in ballet. In 1902 Fuller and Duncan went on a dance tour in European countries. Together they created new compositions: "Dance Serpentine", "Dance of Fire", "The Divine Shoe". Duncan became very famous in the European cultural scene.

In 1903, the dancer went to Greece. There she initiated the construction of a temple on Kopanos hill for dancing classes.

In 1904 Isadora moved to Germany and opened her first dance school there and then another one in Paris, but it was soon closed down due to the outbreak of World War I.

Having become a widely popular and revered dancer around the world, Duncan continues to tour Europe, Russia, and America. She never liked it, she believed that the tour distracted her from her true calling to educate young dancers and create something creative.

Duncan's personal life was filled with tragic twists of fate. But she, as a creative person, found solace in work and creativity, no matter what.

In 1904, she met the director Edward Gordon Craig, and a year later they have a daughter. But the happiness didn't last long. Craig, who never officially became Isadora's husband, returned to his former mistress.

In 1910, Duncan gave birth to a second child from billionaire Paris Singer. By the way, the heir to a vast empire of sewing machines needed a lot of effort to win the heart of an incredible and so famous dancer. 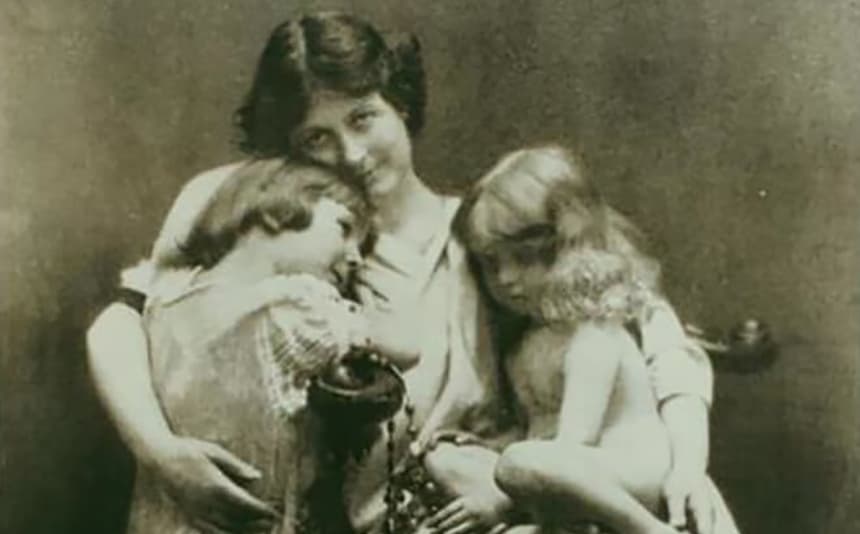 In 1913, both Duncan's children died tragically. The car in which the children were driving on a car trip fell off the bridge in the Seine. The doors in the water jammed, nobody managed to get out. Isadora went down in fever. She didn't want to live, her strength gradually left her. The doctors sent her inconsolable mother to the resort and prescribed complete peace.

1914. Having become pregnant with the third child by Italian sculptor Romano Romanelli, Isadora also found no consolation: the child died a few hours after birth. 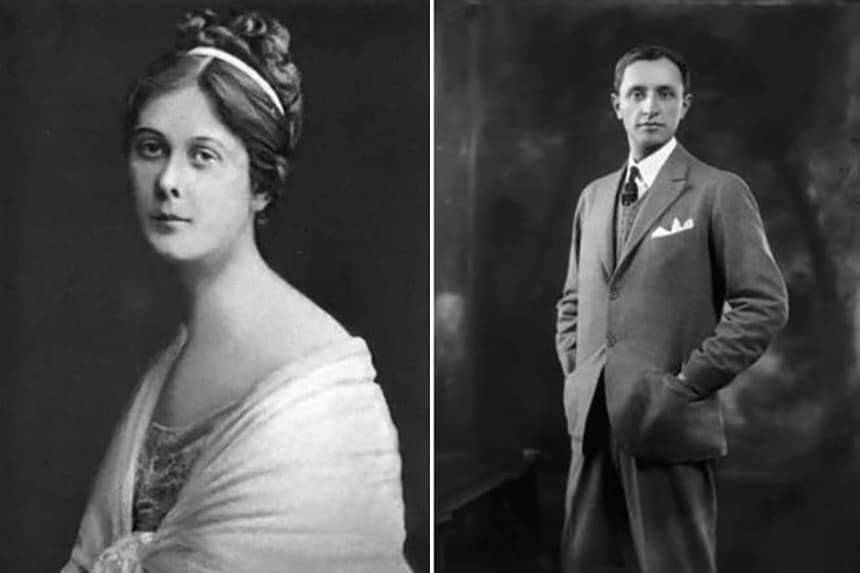 Then Isadora realized that she was not meant to be happy, that her destiny was loneliness. From now on, work is the only thing that holds her back in this life. There is a new detail in the dancer's stage image - a long red scarf that stood out like a bloody wound against the white tunica. It symbolized the wound that was not healing in her heart.

In 1917, 6 of the first Duncan students were adopted by her and were given the name Duncan. This was done so that during the tour to the U.S. there were no problems associated with the German origin of the participants in the tour. 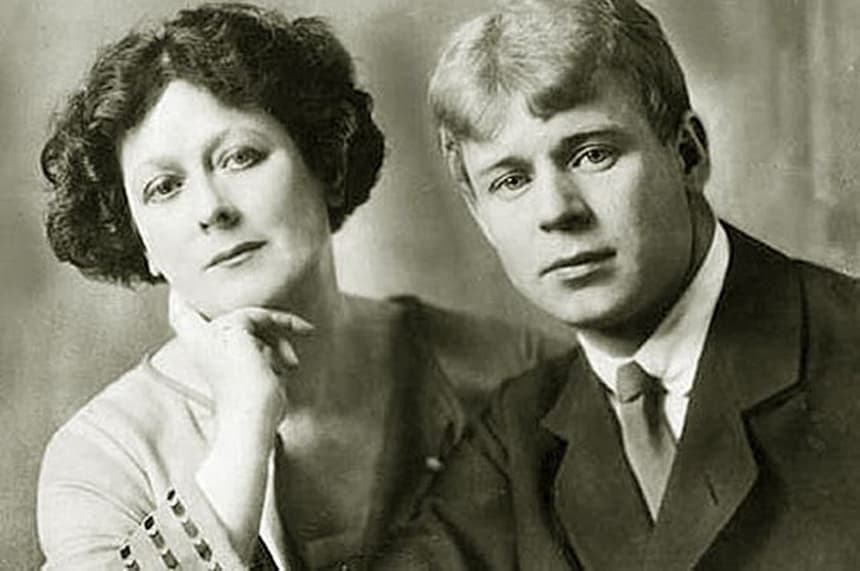 In 1921, Isadora met Sergei Esenin, a famous Russian poet who was 18 years younger than her. It was a bright and discussed love affair because despite the language barrier and age difference the couple was madly in love. At first, they lived in Russia, but soon Duncan had to go on tour to America. To go abroad together, the couple got officially married in 1922. While they lived in Russia, the relationship developed perfectly. But abroad Esenin stopped writing, began drinking, and most of all he was annoyed that no one here knew him as a poet Esenin. Marriage was officially dissolved in 1924, although a couple separated earlier: Esenin left Duncan and went to Russia in 1923. Two years after the divorce, Duncan received the news of Esenin's suicide, which also left a sad trace in her soul.

Duncan was bisexual. For example, after Esenin, she had an affair with American poetess Mercedes de Acosta - about this relationship learned from the letters that the girls wrote to each other.

On 14 September 1927, at the height of her fame, the dancer was to give a concert in Nice. A legend that became famous later said that a moment before getting into the car, Isadora exclaimed to her fans: "Goodbye, friends! I'm going to glory!". The driver touched the car from his seat, but neither he nor the dancer noticed that a long red scarf wrapped around her throat caught the rear wheel axle. After stretching out, he literally strangled Isadora Duncan. The body of the great actress was cremated and the ashes were buried in Paris' Per Lachez Cemetery. 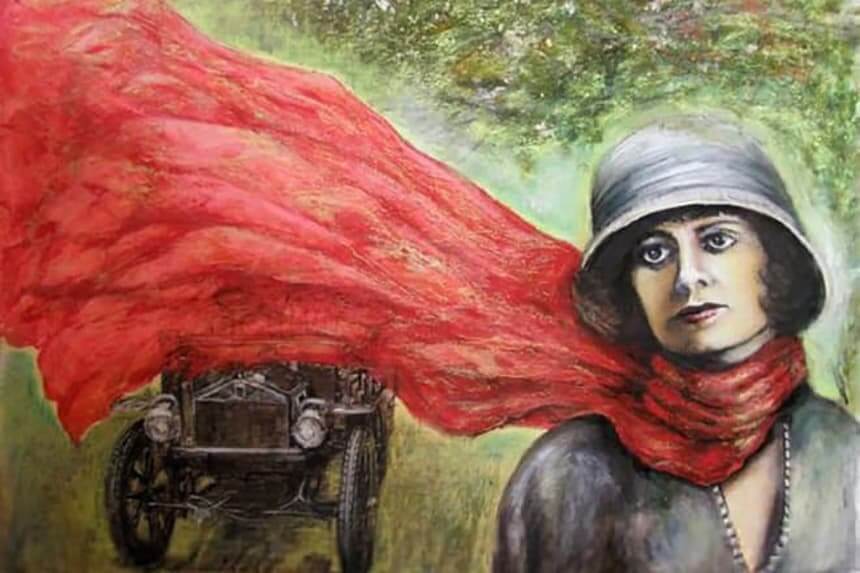 Virtually no video recordings of Duncan's dance remained, because the dancer herself believed that the dance could not be recorded, that this is a specific energy that exists right at the moment of the dance.

There is still a perception that Isadora went into some kind of trance and improvised when she came on stage. That is certainly not true. According to a June Layson research, Duncan staged almost 223 dances + 20 in "Iphigenia", of which 176 for herself, 47 for the students.

A lot of people say that Duncan didn't have the technique. In fact, her dance has certain common features, which can be called a Duncan technique.

The origins of Duncan's choreography:

Dance of the Future Concept

Duncan has developed his own philosophical views. She believed that learning to dance needed everyone to make it a "natural state" for people. Under the influence of Nietzsche's philosophy, Duncan wrote the book Dance of the Future.

According to her beliefs, it is in the dance that a person is able to express his highest ideals and the process of his own formation as self-overcoming. For Duncan, dance is an affirmation of life, health, sensuality, an expression of life's impulse.

The main requirement of Duncan is to radically reconsider views on dance, to recognize it as a "high" kind of art, to use symphonic and opera music, to express spiritual impulses through dance. The ideal of Duncan becomes the dancer of the future - a new harmonious man, living in harmony with nature, with his soul and space. The beautiful movements of this new man should express the impulses of the soul and correspond to the forms of his body. Dance, as Duncan thought, is not an exercise and pirouettes, it is an exaltation of life, theopractics, it is an alternative to the word means to generate ideas. The movement, as she thought, does not need to be thought up, it needs to be invented.

She thought nature was the source of the dance. But Duncan also saw nature in a philosophical way. She learned to observe nature: the movements of waves, clouds, trees, and always sought to bring in his movement a little divine sequence that is inherent in nature.

Another interesting statement by Duncan: "Will is expressed through the use of gravity". That is, Isadora, denying the unnatural forms of ballet that struggled with gravity, on the contrary, believed that one should feel one's body, used earth, and gravity to express one's dance and form.

For her, dance is not only an art but also the basis of a whole concept of life, more refined, natural. Duncan brings morality, beauty, and health to dance. Beauty as understood by Duncan is truth and harmony.