We have collected 14 films and 1 series, which will tell you about the life of dancers much better than us. The list includes Hollywood-style feature films, dramas, and documentaries about ballet - the most stylish ballet films that are worth watching. 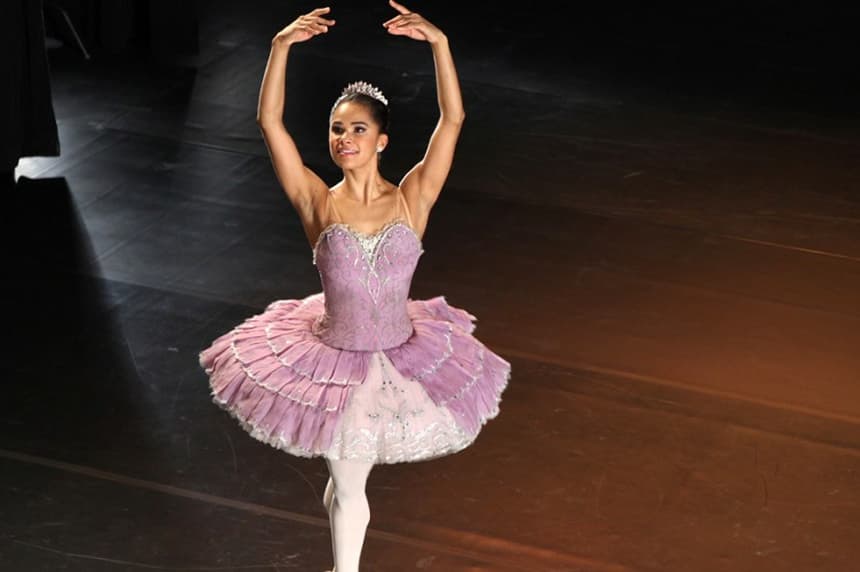 This is one of the most popular ballerina movies. Misty Copeland's been dancing since she was a kid. However, the teachers of the ballet school thought that at the age of 13 there was no point in starting ballet lessons. Despite the fact that an art-passionate teenager at the age of 15 won a prestigious contest, many openly hinted that the girl can not have a successful career - she has the wrong physique.

In a troupe of 80 people, she considered herself a stranger, and the directors were thinking, not knowing how to work with such a girl. The only way out was to give her a solo part. 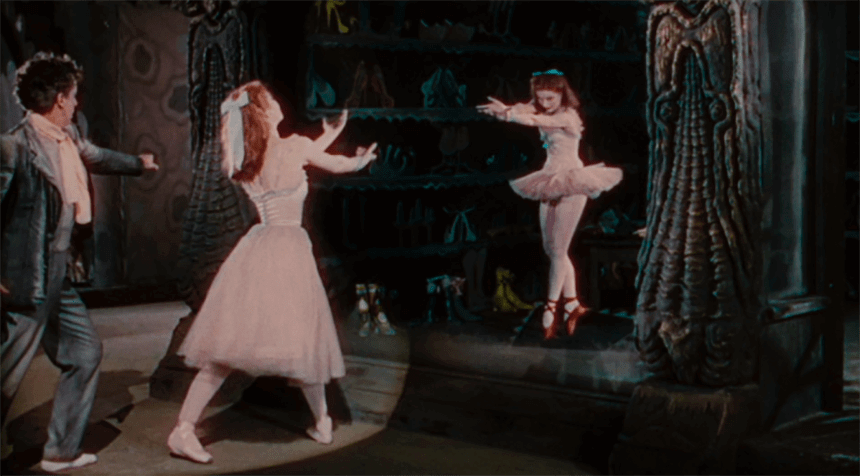 If you want to enjoy watching a ballet movie, this picture is hardly worth bypassing. "The Red shoes" is a model drama about art as a monster that destroys its children. The film is saturated with long dancing numbers and the participation of Leonid Myasin for authenticity. It still remains an exemplary movie to which all ballet directors are trying to look up to. 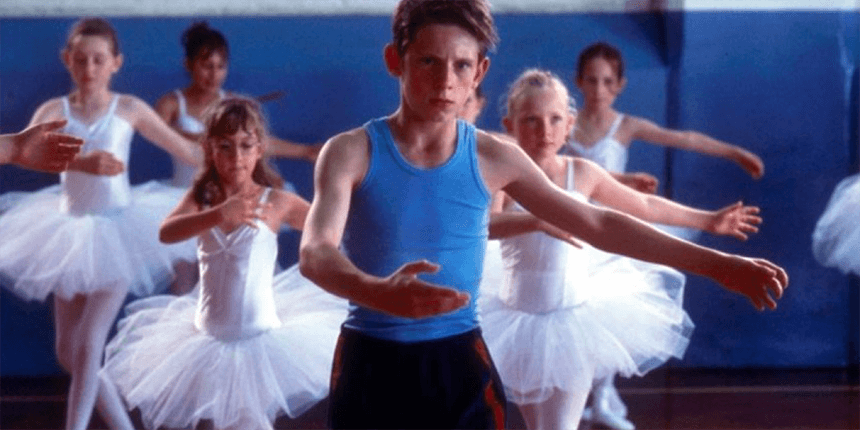 "Billy Elliot" is the story of a boy who wants to be a famous dancer. His father, a miner, because of gender prejudices does not consider dancing a man's pastime and categorically against his son's passion.

In a serious, in a funny way, "Billy Elliot" does not want to tell another boring story of following his dream. But it tells about growing up and normal for every teenager's desire to find the right place in life. 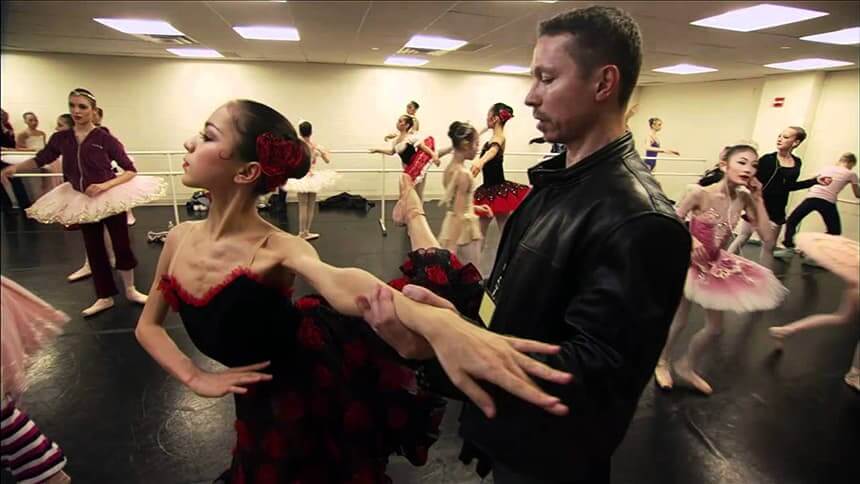 A documentary film about many years of training in ballet classes just for a few minutes on stage. Recently watching documentary films about ballet is more interesting than fiction. Intrigues in them are no less, and the truth of life is much more dramatic than any fictional story.

Good dynamics, interesting protagonists, to the extent of drama and facts. The film is not boring, as can be expected of the documentary. 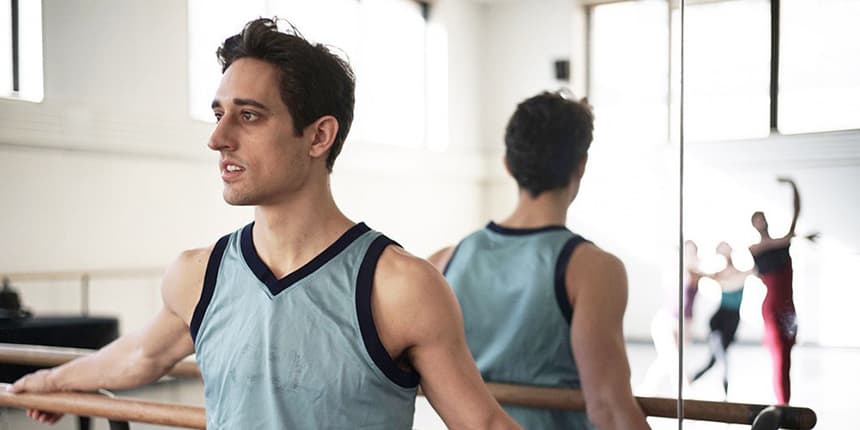 Another documentary tells the story of the debut of the young choreographer Justin Peck. The film tells the ups and downs of the creative process. In 72 minutes, viewers see how one man's idea became a reality. 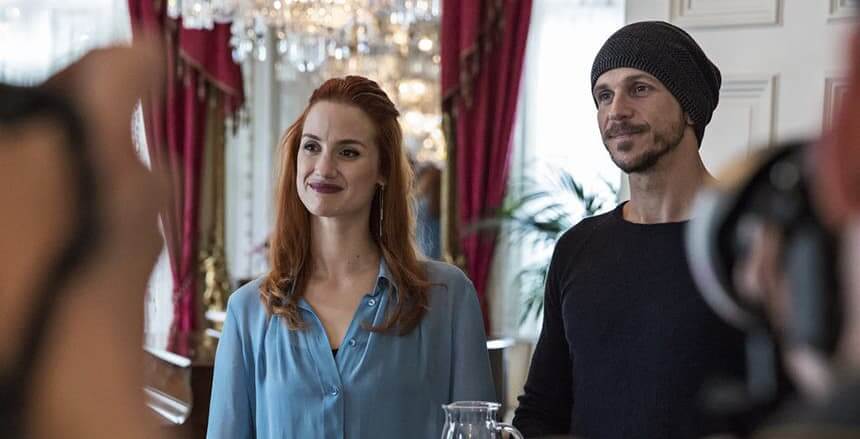 It is danish film about the relationship between the two ballet dancers. Darling is a world-famous ballerina, Frans is her husband and partner in ballet. Together they plan to stage the Royal Giselle Theatre, where Darling will have the main part. During the first rehearsal, Darling falls in pain - she can no longer dance. The film tells the story of how the ballerina copes with the acceptance of injury, and it is before one of the most important events in the life of any ballet dancer.

The film shows the reverse side of the ballet dancer's life very truthfully. Moreover, the film reveals the crisis of transition from stage activities to teaching - that is, the moment when ballerina can no longer perform on stage.

This film is worth watching at least because it received 11 Oscar nominations and was never awarded, thus becoming one of the most famous losers in film history. Despite this, it is very deeply immersive: secondary roles in it were played by dancers of the American Ballet Theatre. The choreography was created by the famous director George Balanchine. 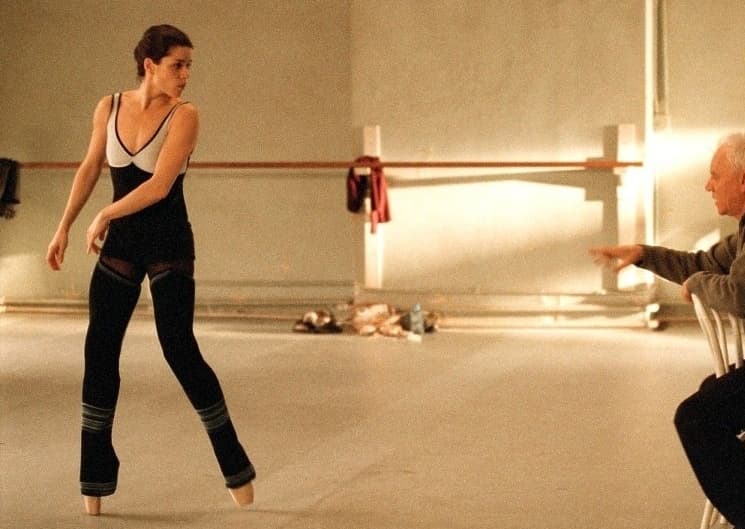 A new creative season has begun. The promising commonwealth of young dancers gathers again under the wing of Alberto Antonelli, the ingenious director of the troupe, famous for his ruthless exactingness demand for artists. How much tension will the artists have to go through to create an unforgettable spectacle on stage one day?

"The Company" was filmed with the participation of the Chicago Joffrey Ballet. When watching it there is a feeling of almost documentary curiosity, although The Company is a feature movie. This film is not so much about the people in the ballet as about the ballet. Therefore, it is obligatory for all fans of ballet art to watch it.

The main characters are young and confident, incredibly talented and ambitious dancers. They are ready to do anything to achieve success and recognition. Dance is the meaning of their lives, and they spare no effort climbing the Olympus of fame. But in ordinary life, they are ordinary people, with their problems, sorrows and joys, problems and shortcomings. But how do you become a star and still be human? 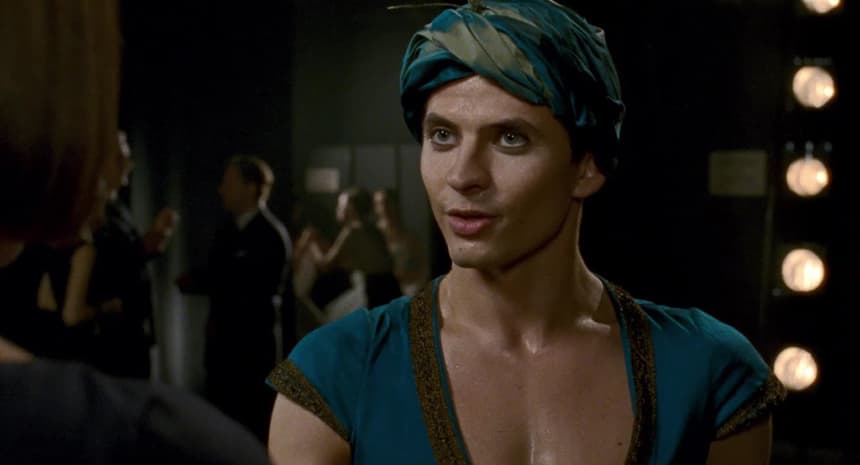 A biographical drama about the legendary dancer Rudolf Nureyev and his difficult fate. The film is filled with the political context of the Soviet era, but it does not become less "dancing".

In 2017, the American wide box office released the film "Polina", telling about a Russian ballerina who moved to Paris in the hope of becoming famous. She does not want to engage in classical ballet in conservative and joyless Russia, but in contemporary dance in advanced Europe.

The main character of the film has devoted her life to ballet. She goes through grueling training, and through love difficulties, not without intrigue. The viewers see the story of the evolution of talent, tenacity, and real ballerina, who goes through many difficulties.

The film "Dancer" directed by Stephen Kantor tells about the life and work of the famous ballet dancer Sergei Polunin, who became widely known after the release of the clip Hozier - Take Me To Church directed by David LaChapelle.

The film is about the biography of the performer. Polunin was accepted into the Royal Ballet Company of London at the age of 17. Two years later he became the youngest premier in the company's history. However, the film tells not a classic success story, but tells about the emptiness that a person meets on top - and how to start life again, but by its own rules. It is musical drama about the modernization of classical ballet and the fight against stereotypes in the dance art. The story is about a girl whose talent is darkened by her older sister, a brilliant ballerina. The film shows the young girl's struggle for deserved recognition of her talent and her own dance vision.

The film is not without love stories and typical plot turns. This is another story of a dancer, whose path is accompanied by defeats and victories. But from that should not be considered bad - in this film will be a lot of dance, music and extravaganza, which is sure to please the youth audience.

"Black Swan" is a modern story about ballet dancer Nina (played by Natalie Portman), whose life is changing as she gets the main role in Swan Lake. The film shows well the daily hard work of ballet dancers, tells about the strained relations between “ballet mom” and children-dancer. The life of the main character is inseparable from her professional activities because ballet and getting her starring role in the legendary ballet production - became the meaning of her life.

"Black Swan" should please not only fans of classical dance, but also those who love drama stories about self-reflection, which sometimes leads to schizophrenic tendencies.

But it should be noted that in this tape could not maintain a balance between acting and ballet. There are very visible cuts, understudies, misconstructed classes, the inability of the protagonists to dance professionally. Yes, Natalie Portman is good, but she is definitely not a ballerina and the montage could not disguise it.

The film is not quite about classical ballet, but rather about modern dance - Art Nouveau. But we can't ignore mentioning it in this list. Wim Wenders' documentary is about the legendary German dancer and choreographer Pina Bausch, who passed away in the summer of 2009. While watching the film you understand where this or that "chips" and the movements of the contemporary dance appeared in due time. 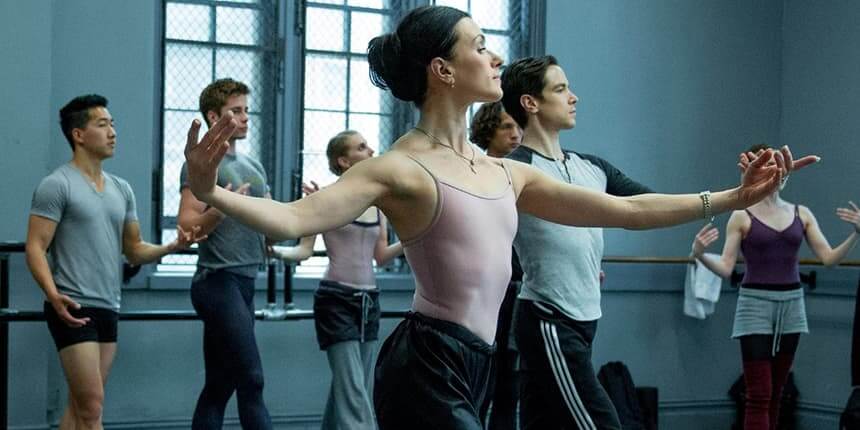 The series, something similar to the "Black Swan": also about paranoia, mistrustfulness, and manic aspiration for absolute perfection, which, as you know, does not happen. There is a lot of dancing - though not as much as one would like - but even more ballet and melodramatic clichés, from which one even enjoys: and the choreographer, without a shadow of shame seducing young dancers, and drugs, and categorical tyranny. In short, behind every performance of Swan Lake, there is always an unpleasant inside.

We are sure that the list can be completed for a very long time!

Please write in comments if you think this list is incomplete because there is no film about the ballet you've watched.

Or let us know if you've had an interesting time watching one of these films.

Feedback will be welcome!