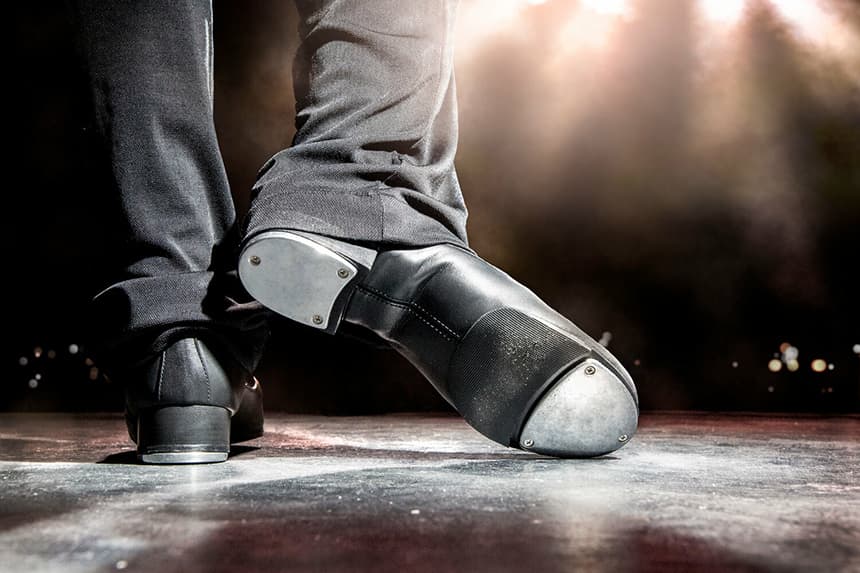 Tap dance is a type of dance that is performed by tapping one's shoes on the ground as fast as possible, with rhythm and music. Tap dancers can be found performing in many genres including jazz, tap dancing competitions, Broadway tap shows, musical theater productions, and modern pop culture performances such as those seen on MTV or America's Got Talent.

The history of tap dance is a history of American culture. It tells us about America’s past, present, and future. While few people know about tap dancing today, tap dance has come to symbolize the cultural diversity that makes this country great. So who first started tap dancing, we suggest you learn from this article.

Note! Tap dancer and musician in one person - his shoes are lined with special plates (usually metal), and therefore the best tap shoes make a resonant clatter at the slightest touch on the floor.

Where Did Tap Dance Originated? Tap dance has been around since the early 19th century. It originated in New Orleans and was a popular form of entertainment for Americans. Tap dancing was first recorded in 1828 as "the act or art of dancing on tiptoe." The word “tap" comes from the sound made by slapping shoes against the ground, which dancers would do to keep time with music played at social gatherings where people danced for amusement. But it took a full 100 years before the genre became popular on a national scale.

In general, there are different theories of the origin and origin of the steppe. But all of them in one way or another come to a common denominator in that the earliest examples of tap dance did not originate on the stage, but rather were social dances among slave communities. Though the origins of tap can be traced to the ritual dances of the Indians. Their movements during rituals do resemble in some ways the rhythm of tap dance.

Tap dance initially appeared in a more standard shape during the early 1800s, when a new dance was created as a result of combining Irish jigs and African-American rhythms.

In 1830, a famous Irish dancer, who performed under the pseudonym of Papa Rice, showed the public the new dance. He combined the jig with some elements of African rhythms, in particular borrowed certain movements of the legs, shoulders, and arms. Papa Rice was greeted with applause - thus the tap dance that thrilled America was born. Tap dancing became popular after 100 years when in 1920, wooden and leather soles were replaced by modern shoes with padded metal plates on the toe and heel. Tap dance became a commercialized urban art. It also attracted the attention of the media and movie directors who began to hire tap dancers in films. In 1926, a famous singer and dancer gave his first recital in New York. His name was Fred Astaire, and he was the most famous tap dancer ever, who combined his incredible technique with showmanship and elegance. He and his sister, Adele, brought tap dancing to the mainstream in the 1930s and 1940s with movies like "Top Hat" and "Swing Time".

In 1930, Hollywood included tap dancing in many of its films. This genre reached its peak during the 1940s with such stars as Bill Robinson (Bill "Bojangles" Robinson) and Gene Kelly.

The postwar period is considered a golden time for the development of tap dancing. With the war behind us, you can relax and enjoy the cast of musicals performing tap. The names of Fred Astaire, Gene Kelly, and Jinder Rogers are still on the billboards, and the great tap dancers never stop beating out the clear rhythm, turning dance into art.

In the early '50s, tap-dancing continued to be popular but its appeal gradually diminished. Tap dance is giving way considerably to ballet scenes.

In the '60s and '80s, the steppe began to revive again thanks to the revival of the fashion for old musicals. And at the beginning of the 80s tap dance returned to the cinema screens: there were films with the great dancer Gregory Hines. At the same time a lot of different groups and schools dealing with this kind of dance were founded; international festivals and competitions were held. All this led to the U.S. Congress in 1989, declaring May 25 - Day Step, which is now celebrated by enthusiasts around the world.

Though tap dancing is not as popular today as it once was, it has left an indelible mark on American culture. Tap dance represents the diversity that makes America great and continues to inspire new generations of dancers. While the origins of tap dance are shrouded in mystery, we can be sure that this unique form of dance will continue to delight audiences for years to come.