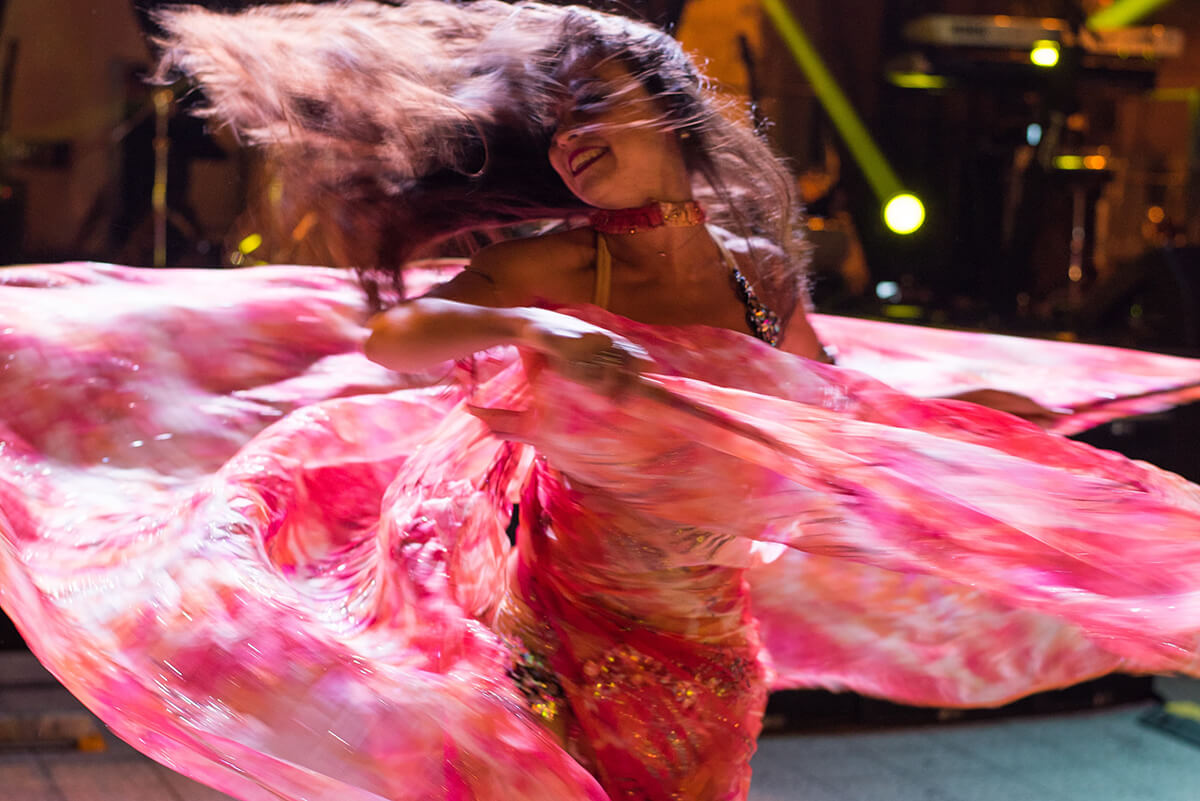 Belly dancing, also known as Middle Eastern dance or Oriental dance, is an expressive and sensual form of dance that originated in the Middle East. It is characterized by fluid, undulating movements of the torso and hips, often accompanied by intricate hand and arm gestures. Belly dancing is a popular form of entertainment at events and celebrations, but it is also enjoyed as a form of exercise and self-expression.

Belly dancing is also known by a variety of other names, including Middle Eastern dance, Oriental dance, and Raqs Sharqi. These names are all used to describe the same dance form, which originated in the Middle East and North Africa.

The name "belly dance" is a bit of a misnomer, as the dance involves much more than just the movement of the belly. It is a dance form that involves the use of the entire body, with fluid, undulating movements of the torso and hips, as well as intricate hand and arm gestures. Some people believe that the name "belly dance" is a result of the Western fascination with the dance form and the emphasis on the belly and hips. Regardless of its origin, "belly dance" is the most commonly used term for this dance form in the Western world. However, it is important to be aware that there are other names that are also used to describe this dance form, and to respect the cultural context in which it originated.

Belly dancing origin is somewhat shrouded in mystery, as it is a dance form that has evolved over many centuries and has been influenced by a variety of cultures. It is believed to have originated in ancient Egypt and was originally a sacred dance performed by women for women. Over time, it spread to other parts of the Middle East and North Africa, and was eventually embraced by the wider world. One legend says that originally the dance served as a ritual and helped ease the pains of childbirth. Women surrounded the woman in labor and made characteristic movements with their hips to drive away evil spirits from the newborn baby.

The entire Near and Middle East was under the power of sensual dance. Over time, the style began to change from ritual dance to folklore or folk dance. Every ethnic group that was part of the region added something of its own to the movements of the dancers. There are hundreds of folk dances whose progenitor was the Oriental style. They have two things in common: the performer is always a woman, and the main elements are the movements of the hips and abdomen.

The seductive dances of oriental beauties were also appreciated by European merchants and traders, who began to travel to Egypt around the 16th century. But for the first time bellidance Old World saw in 1889 in Paris. Mata Hari helped spread bellydance across the continent. In 1889, the first show, where bellydance was performed by Arab women, was held in Paris. Four years after that event, the movements of oriental beauties were already enjoyed in Chicago thanks to Sol Bloom.

The popularity of belly dancing in the United States increased significantly in the 1950s, 60s, and 70s, as immigrant dancers from various countries in the Middle East, such as Turkey, Lebanon, Syria, and Egypt, began offering classes and teaching Americans how to perform the dance.

Costuming and props have long been an important part of belly dancing, and have played a role in the history of this dance form. In the past, belly dancers typically wore traditional Middle Eastern clothing, such as flowing pants or skirts, long, flowing skirts, and a variety of tops and head coverings. These garments were often adorned with intricate embroidery, beadwork, and other decorative elements, and were chosen to reflect the dancer's cultural heritage.

Over time, the costumes worn by belly dancers have evolved and become more diverse, with many dancers choosing to incorporate elements of modern fashion into their outfits. Today, it is not uncommon to see belly dancers wearing a variety of costumes, ranging from traditional Middle Eastern garments to more modern, Western-style clothing. Props are also an important part of belly dancing, and have been used for centuries to add visual interest and enhance the dancer's performance. Some common props used in belly dancing include veils, finger cymbals, swords, canes, and shimmying belts. These props can be used to add drama and movement to the dancer's performance, and can help to tell a story or convey a particular theme.

Overall, costuming and props have played a significant role in the history of belly dancing and continue to be an important aspect of this dance form today.

Techniques and Styles of Belly Dances

There are many different styles and techniques of belly dancing, each with its own unique flavor and flair. Some of the most popular styles include:

The number of types of oriental dances is much greater. They differ in the nature of movements and costumes.

These are just a few examples of the many steps and moves involved in belly dancing. As you learn more about this dance form, you will discover many more moves and techniques to add to your repertoire.

Belly dancing is more than just a fun and enjoyable activity - it also offers a number of physical and mental health benefits. Some of the benefits of belly dancing include: 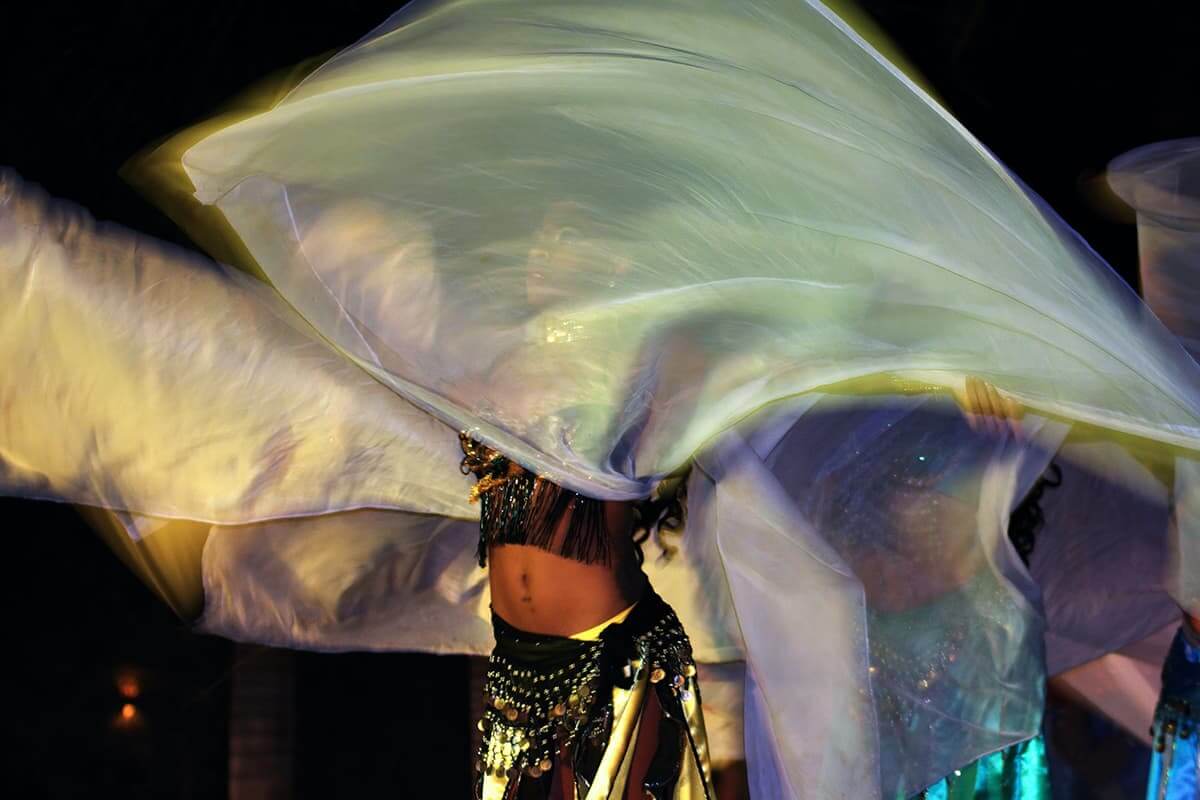 Cultural appropriation is the act of adopting elements of a culture that is not one's own, without understanding or respecting the cultural context in which they originated. This can include adopting traditional clothing, hairstyles, art forms, religious practices, or other cultural practices, without understanding or acknowledging their cultural significance. So, yes, to be a belly dancer without an Oriental background could be a cultural appropriation.

However, while cultural appropriation can be an issue in belly dancing, it is not always the case. There are often power dynamics, issues of race and colonialism, and other factors at play that can make it difficult to draw clear lines. However, if a dancer, regardless of their race, is well-informed about Raqs Sharqi and its history, and is actively working to educate others and respect the culture from which it originates, it may not be considered cultural appropriation. It is important for all dancers to be mindful of cultural appropriation and to strive to represent and respect other cultures in a way that is authentic and respectful.

Where did belly dancing come from?

It is believed to have originated in ancient Egypt and was originally a sacred dance performed by women for women. Over time, it spread to other parts of the Middle East and North Africa, and was eventually embraced by the wider world.

Belly dancing is a fun, expressive, and empowering dance form that has deep cultural roots. Whether you are looking to learn a new skill, get in shape, or simply have a good time, belly dancing has something to offer. With its many physical and mental health benefits, belly dancing is a great activity to add to your routine.