Contents show
1 Origin - 16th century
2 Mid 17th - 18th centuries
3 Fact!
4 Romanticism - late 18th - early 19th centuries
5 Ballet history fact!
6 Russian ballet and its influence on world classical dance
7 20th century
8 The second half of the 20th century
9 FAQ
10 Contemporary ballet history where it started?
11 Who were the 8 main figures who influenced the history of ballet?
12 What is the history of ballet?
13 What monarch reigned during the rise of professionalism in ballet history?

Ballet is a relatively young art form, with the earliest recorded mention of ballet dating back to the 15th century, or about 400 years ago.

The origins of the term 'ballet' are uncertain, with some sources suggesting it derives from the Latin word 'balle' (meaning dancing) and others suggesting it comes from the French 'balleto.' However, it is clear that ballet originated in a specific place. In the following article, we will explore the history of the development and popularization of this elegant art form.

It is known that ballet originated during the Renaissance in Italy. The first mention of the word "ballet" is attributed to the court dance teacher Domenico da Piacenza. It was he who first proposed to combine several dances into one, perform them with a solemn finale and call them ballet.

The progenitor of classical dance is those forms of dance that were performed by hired dance masters for the nobles and princes at their celebrations. It was at such events that the original choreographic forms, the splendor of the spectacle, and the elements of drama in dance performances were born. Who would have thought that the usual entertainment of sovereigns would over time turn into art that millions of people around the world enjoy today? 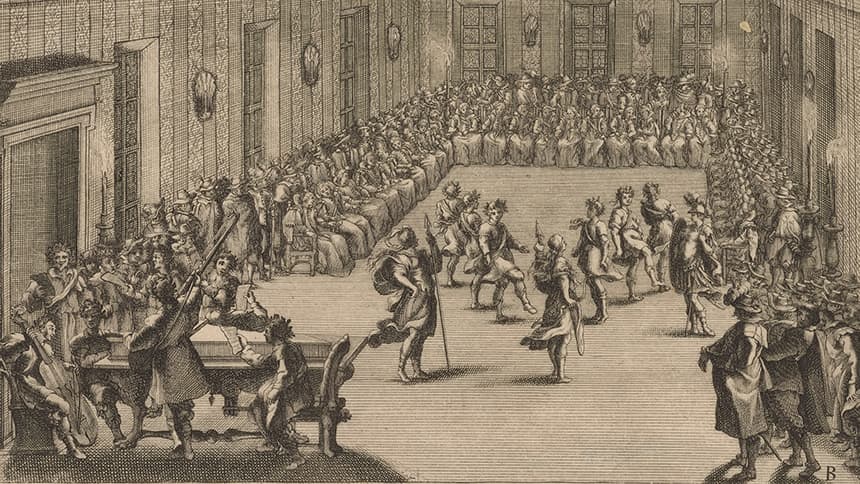 However, as a genre of art, the ballet took shape a little later. As we said earlier, ballet originated in Italy, but the first ballet production of The Queen's Comedy Ballet was presented not in Italy, but in France in 1581. It was staged at the court of Catherine Medici of Italy, wife of the French King Charles VIII. It was she who brought fashion for curious court ballets to France. The production was directed by the famous Italian choreographer and violinist Baltazarini di Beljoyozo from Italy. Since then, the ballet has moved to a professional stage where it occupied a certain place in opera and dramatic productions.

The classical dance form continued to evolve about a century later, with the coronation of Louis XIV in France on June 7, 1654. Louis XIV was not only a fan of ballet, but also participated in productions himself, performing in the "Cassandra Ballet" at the age of 12 in 1651. He earned the nickname "Sun King" for his role as the Rising Sun in "The Royal Ballet of the Night". In 1661, Louis XIV established the Royal Academy of Dance to preserve dance traditions, with 13 of the best dance masters appointed to the Academy. Pierre Boschant, a royal dance teacher, was appointed director and later defined the five main positions of classical dance.

Louis XIV made the ballet stand out during his reign as a separate form of performance, different from balls. It was then that the division of dancers into amateurs and professionals appeared.

Before 1681 only men danced in ballet. The first ballerina was the legendary dancer La Fontaine.

Then costumes and music were more important during performances than the dance technics. Girls danced in high heels wearing heavy dresses and masks. The costume of a man, although it was a little lighter (hence the greater grace and ease of movement), was still far from the clothes in which you could dance easily and freely.

The first to free the dancers from the shackles of these inconvenient costumes was a real reformer in the world of ballet art - the French ballet master Jean Georges Nover. He banned masks and gave the actors the opportunity to wear light suits that did not stiffen movement. Each innovation made dance more meaningful, and dance technique - more complicated.

Towards the end of the 17th century, court ballet achieved some success: it was fully funded by the authorities, which used it to exalt their own greatness. Gradually, the ballet completely separated from the opera and turned into an independent art.

One of the successful followers of Noverre became Jean Doberval, who in 1789 staged the ballet "Futile Precaution". A simple story about the unhappy love of a young peasant and a village girl was presented on stage. The absence of stories about the adventures of the gods, majestic masks and corsets made the production natural, and the dance free. 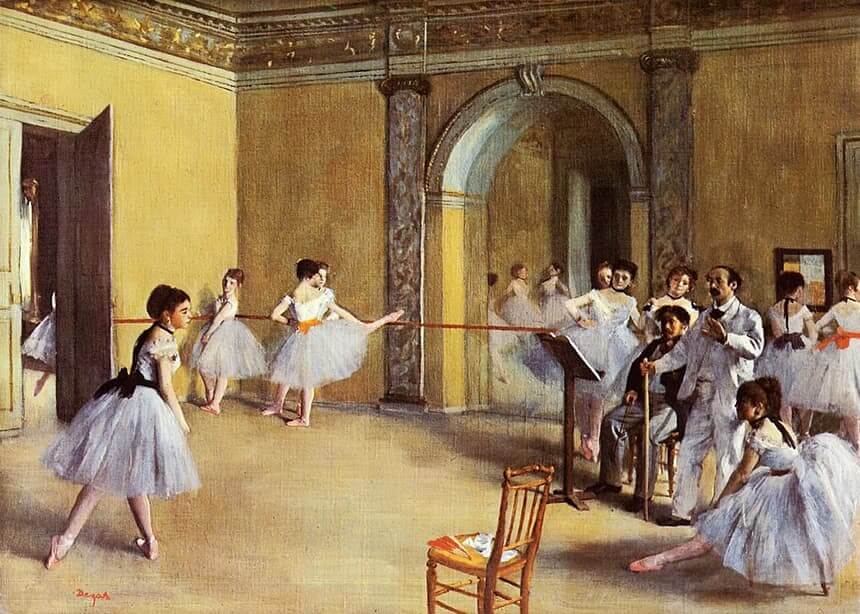 The strongest influence on ballet was the direction of romanticism, which erupted in the late 18th century. In a romantic ballet, the female dancer first began to wear pointe shoes. Maria Taglioni was the first to do so, completely changing the previous ideas about ballet. In the ballet "Sylphide" she represented a fragile creature from the other world. The success was overwhelming.

Romanticism brought into the ballet the image of an incorporeal spirit - a ballerina who hardly touches the earth. In the same period, the roles of dancers are changing. Men turned into moving statues, which existed only to support the ballerina. Then the rising stars of female ballet completely and successfully overshadowed men.

By the way, this situation was slightly corrected by the rise of the Nijinsky star from the Russian Ballet in the early 20th century. By this time, traditional for us ballet costumes, choreography, stage sets, props had already developed, in a word, everything had become almost what it is now. Eventually, it was a Russian ballet that started the revolution in ballet art.

Over time, the peak of the popularity of romantic ballet had already passed, and Paris, as the center of classical dance, began to fade away.

Russian ballet and its influence on world classical dance

The popularity of classical dance in Europe had an impact on ballet in Russia. 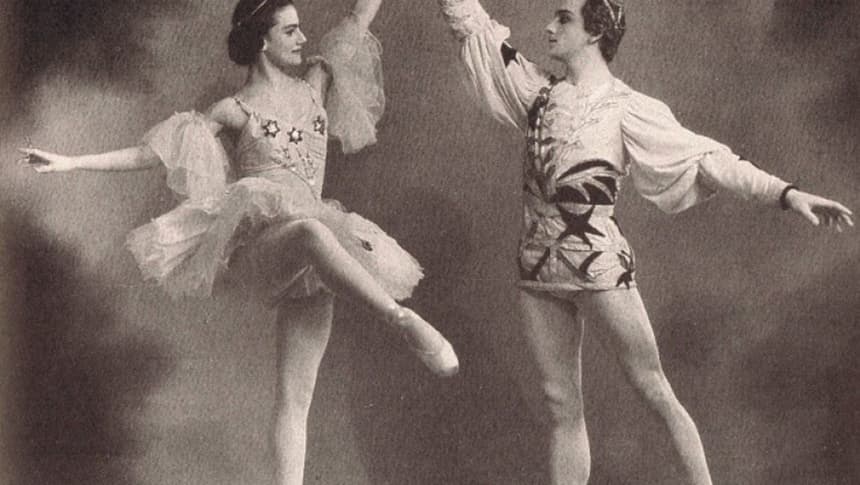 The first ballet school in Russia was opened in 1738 (now the Vaganova Academy of Russian Ballet). At the same time, Peter I made dancing the main part of court etiquette, so the court youth was obliged to learn dancing. Thus, for example, the dance became a compulsory lesson in the Schlyakhet Cadet Corps in St. Petersburg. Since then, cadets have started to participate in ballet dances.

The dance instructor in the corps was Jean-Baptiste Lande. He understood that the nobility would not devote their lives to the art of dance. Therefore, in September 1737, Lande filed a petition in which he justified the need for a new special school where girls and boys of simple origin would be trained in choreography. Soon, such permission was given. From that moment on the training and development of dancers, for whom the ballet was a real profession, began.

At the beginning of the 19th-century Russian ballet art reached creative maturity thanks to the work of French ballet master Charles-Frederic-Louis Didlot. Didlot strengthens the role of the corps de ballet, the connection between dance and pantomime, asserts the priority of female dance. Russian dancers have brought expressiveness and sublimity to the dance.

The music of the legendary composer P. Tchaikovsky was the impetus for a new stage in the history of Russian ballet. Swan Lake, staged to Tchaikovsky's music in 1877, gave rise to the fact that music for ballet began to be taken seriously. It was in the composer's work that the romantic ballet became established. Tchaikovsky paid special attention to music, transforming it from an accompanying element into a powerful instrument that helps the dance to subtly capture and reveal emotions and feelings. Before that, music was considered just an accompaniment to dance. The beginning of the 20th century is characterized by an innovative search, the desire to overcome stereotypes and conventions of the academic ballet of the 19th century. One of the main innovators of this period in Russia is Sergey Diaghilev. In 1908, the annual performances of Russian ballet dancers in Paris began, organized by Diaghilev. The names of dancers from Russia became known throughout the world. But the first in this row is the name of the incomparable Anna Pavlova. Also, under his leadership in 1911, the ballet company was first organized. 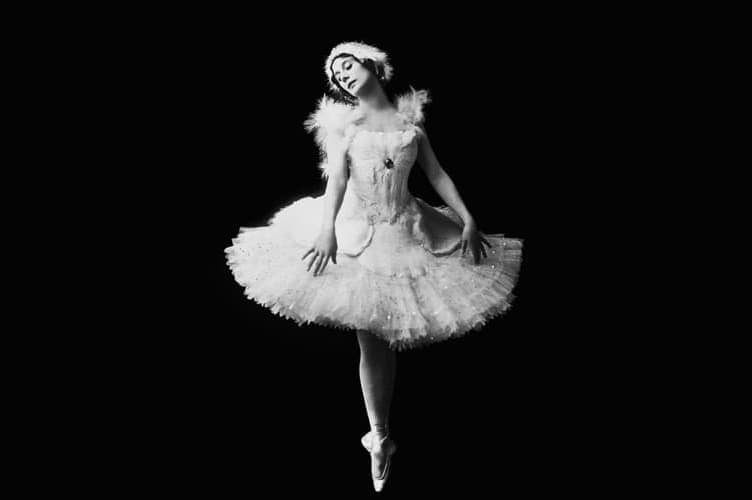 Diaghilev's seasons - especially the first ones to include the ballets Firebird, Petrushka and Sacred Spring - played a significant role in popularizing Russian culture in Europe and helped establish a fashion for everything Russian. Thus, the passion of Europeans for traditional Russian costume gave rise to the new fashion. It was then, under the influence of Russian artists' skill, that the western ballet took a second breath.

In 1929 Diaghilev died. Over time, his troupe broke up. One of its members - George Balanchine - was developing ballet in the USA and founded the New York City Ballé company. He became one of the most influential choreographers of the 20th century. In his dances, Balanchine strove for classical completeness of form, for impeccable purity of style. In many of his works, there is virtually no plot of any kind. The choreographer himself believed that the plot in the ballet is absolutely irrelevant, the main thing being the music and the movement itself. Today Balanchine's ballets are performed in all countries of the world. He had a decisive influence on the development of twentieth-century choreography, not breaking with tradition, but boldly renewing it.

Another protege of Diaghilev, Serge Lifar, led the Paris Opera Ballet Company and for a long time was the most influential figure in French ballet.

The second half of the 20th century

In the 1950s, the dramatic ballet was in crisis. Strengthening the entertainment and pomp of performances, choreographers made futile attempts to preserve the ballet genre. Until the end of the 1950s, there was a breakthrough. Choreographers and dancers of a new generation revived the forgotten genres - one-act ballet, ballet symphony, choreographic miniature. And since the 1970s, ballet troupes have emerged that were independent of opera and ballet theaters. Their number is constantly growing, among them, there are studios of free dance and modern dance. But today the academic ballet and the school of classical dance are still relevant.